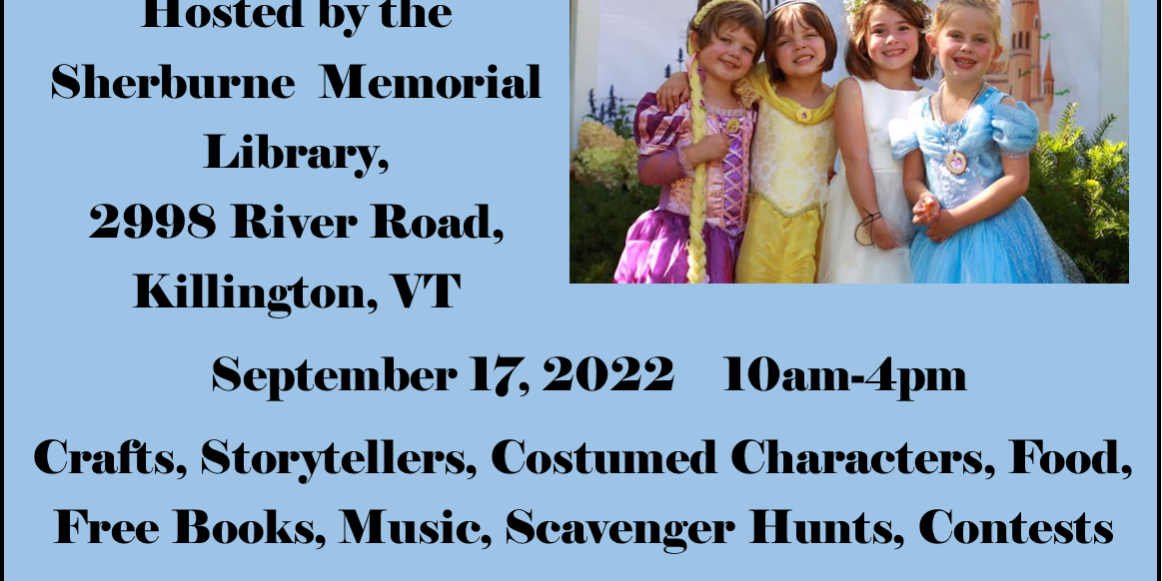 Saturday, September 17 from 10am-4pm, join us for the Vermont Fairy Tale Festival. Tales this year include:

Alice in Wonderland by Highgate Library and Community Center

East of the Sun, West of the Moon by Cavendish-Fletcher Library

Lord of the Rings by Waterbury Public Library

The Wizard of Oz by Bennington Free Library

The Night Before Christmas Night
December 2, 2022