We have a winner! The Killington Dragon Egg has been found!!!!!

The egg was underneath the water fountain at the library!

The Sherburne Memorial Library in Killington, Vermont is the living room of the community serving as common ground where all are welcome. The library offers current and significant resources and services to meet the cultural, intellectual, informational, and personal needs of individuals.

The Sherburne Library is free of charge to all Vermont residents and Killington property taxpayers. There are two types of library cards:

Personal card: a single, confidential account.
Family card: an account shared among family members. Anyone listed on the family card may see what items are checked out on the account or pick up items being held, regardless of who requested them.

Any family member can be on a family card account and have a personal card account. Visitors may purchase a card if they would like to borrow library materials. The fee is $15 for an individual and $25 for a family card.

NEW TO THE LIBRARY ? OR
NEED HELP ? CONTACT US

Passes are good for free or reduced admission (most are for 2 adults /2 children, but can vary by site). Details available at the front desk or by calling 802-422-9765. Book ahead as they often go fast! 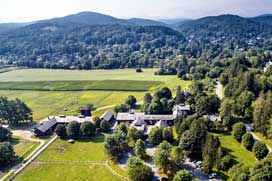 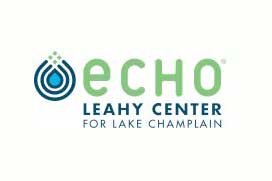 ECHO currently welcomes more than 167,000 visitors annually into a 34,500-square foot, award-winning LEED-certified facility. Through more than 100 interactive exhibits; 70 species of fish, reptiles, and amphibians; major changing exhibits; a 2,500-square foot early learning interactive space; ECHO encourages visitors to view the natural environment as part of their neighborhood and to explore, learn about, and consider opportunities for stewardship.
Learn More 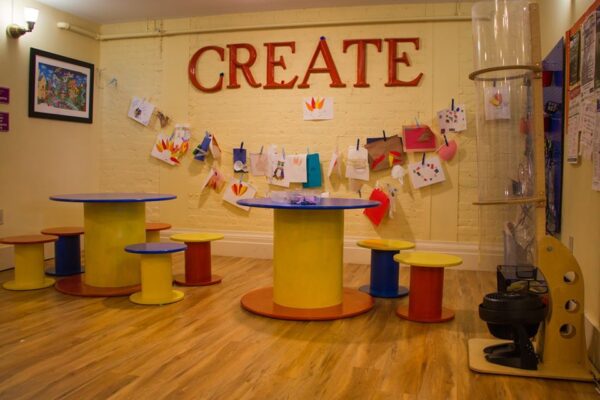 The Wonderfeet Kids Museum Vision: We play and learn together to build a more vibrant community.
Mission: Wonderfeet Kids’ Museum fosters curiosity and exploration, inspires creativity and ignites the imagination of every child through the power of play.
Values: Caring and inclusive environment, Relevant and interactive learning
Vibrant community partner and resource
Energized by play and fun.
Learn More 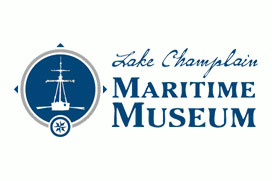 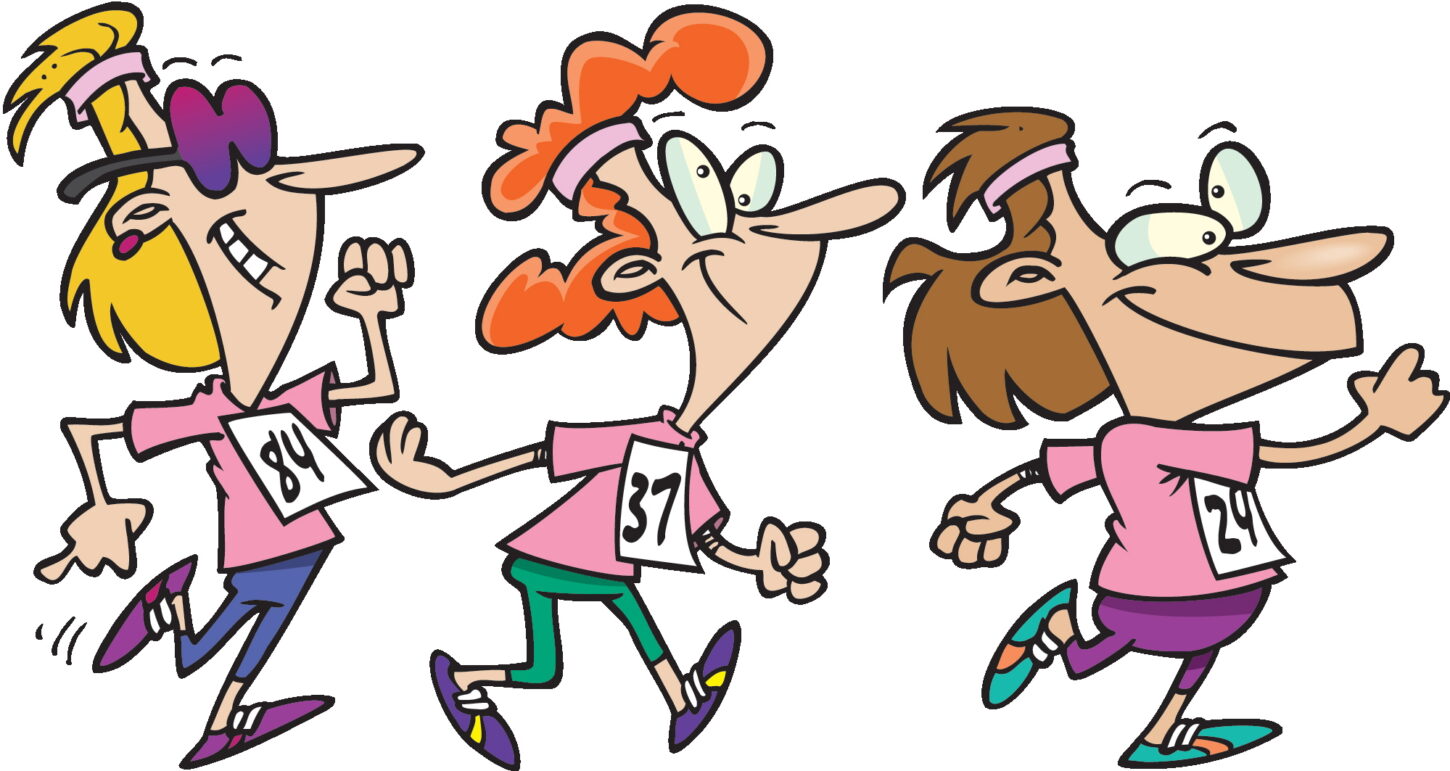 There’s still time to register for the .5K Dash for Donuts! You can find the event on Eventbrite if you want to use a credit card, or stop by the library around 10:30 to register in person with cash or a check for the “race.” The race starts at the library at 11am and is… 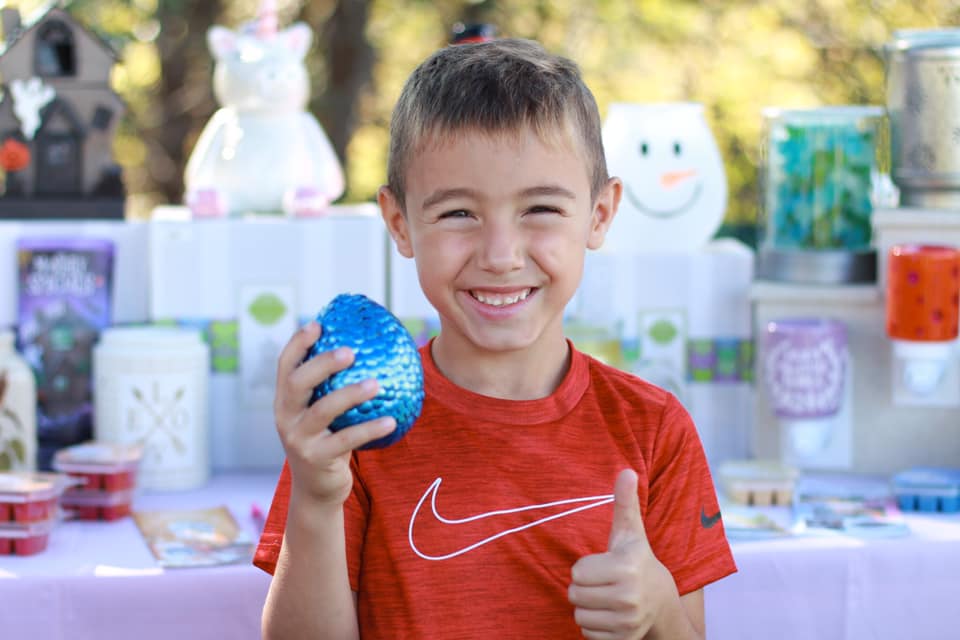 We will not be hosting the Vermont Fairy Tale Festival this year due to COVID, but we have chosen one of our favorite activities from the festival to present in its place: The Great Vermont Dragon Egg Hunt! Over 100 public libraries in Vermont are participating, each in their own town. Clues will be given…

Bring your stuffed animal to the library on Wednesday between the hours of 9-4. Fill out our form that tells us all about your stuffy and what they might need overnight. Then come back at 1pm on Thursday and see all of their adventures on the big screen in the meeting room! Refreshments served! Open… 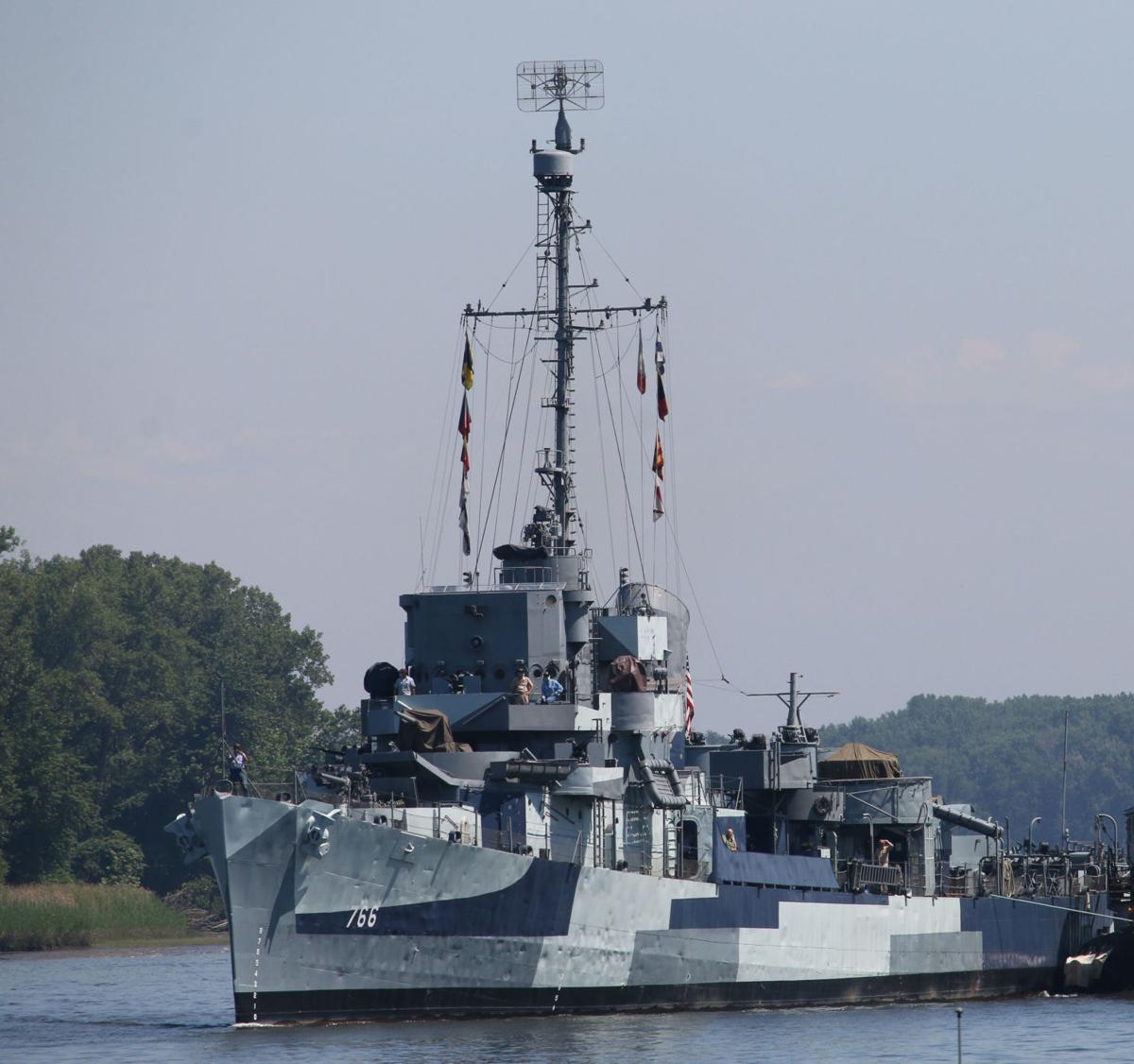 During World War II, 563 Destroyer Escorts battled Nazi U-boats on the Atlantic protecting convoys of men and material. In the Pacific they stood in line to defend naval task forces from Japanese submarines and Kamikaze air attacks. Today, only one of these ships remains afloat in the United States, the USS SLATER. Moored on… 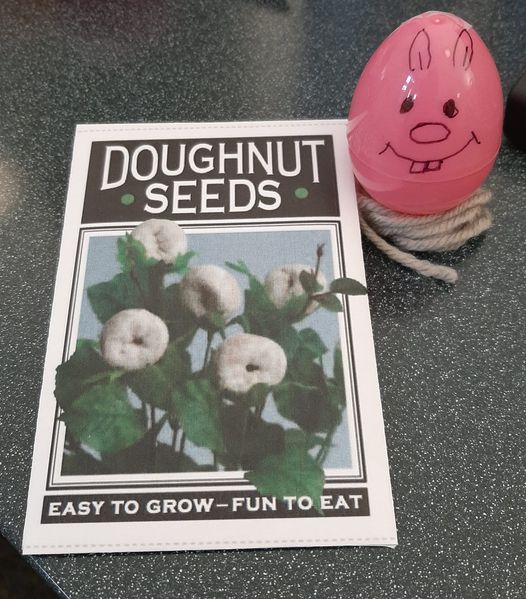 Make & Take’s for April are ready for pick up on Saturday, March 27, from 9-1. Included in the kit are Doughnut Seeds, Coloring Sheets for Spring and Exploding Easter Eggs! We’ll have them available until we run out! So stop by early this Saturday! 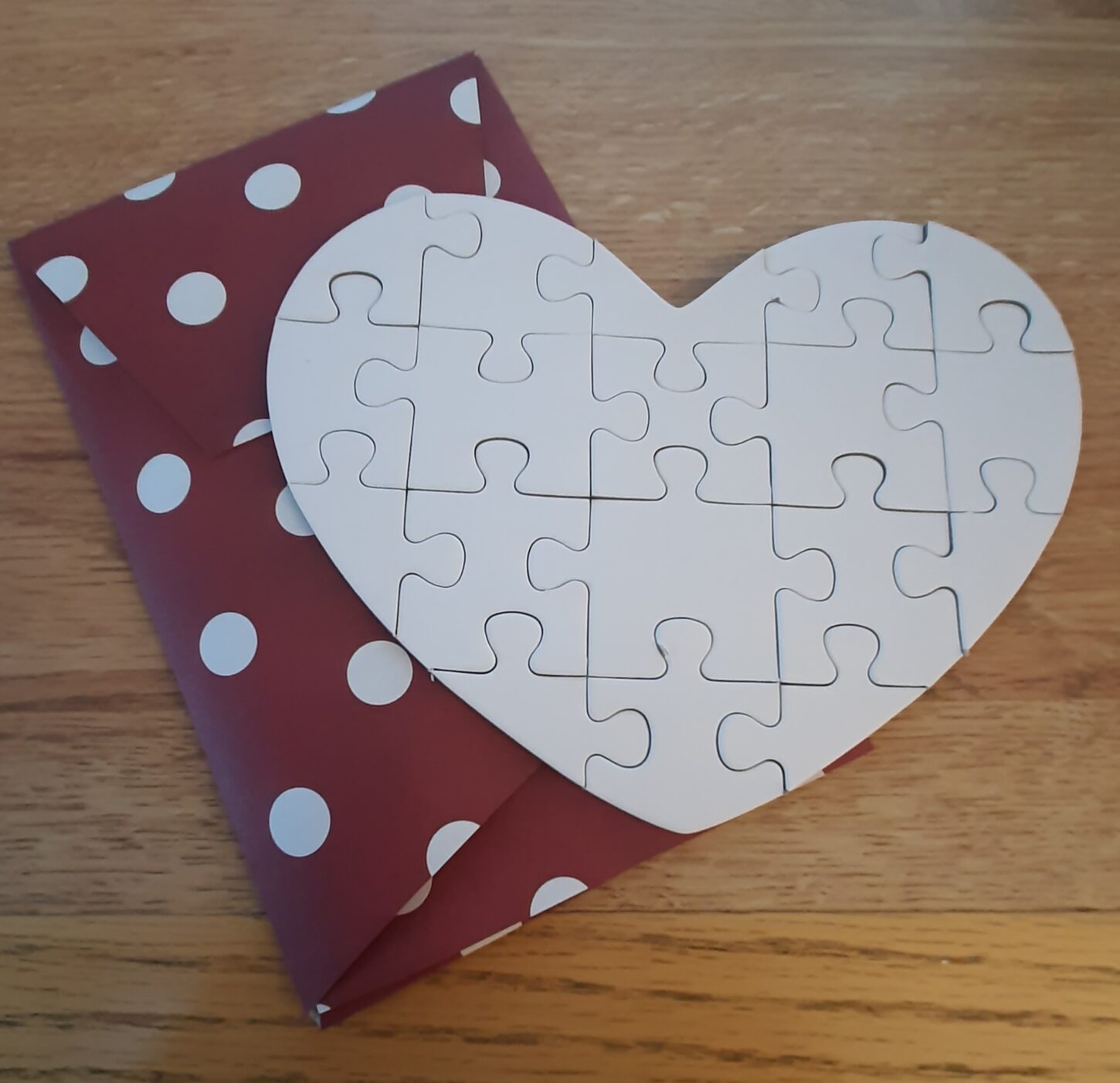 Come pick up a Valentine puzzle to decorate and an envelope to gift it to someone special! Take & Makes will be outside on the table in front of the library from 9-1 this Saturday, February 13th. All ages are welcome to participate.

Our seniors did a leisurely stroll during the .5K this weekend. Apparently they weren't concerned that we'd run out of donuts! Kate seemed excited, and Vince? Well, he apparently got overheated just a bit. We aren't sure if he made it to the end, but we know that Bandit and Carla did! Thanks to all those who turned out on a beautiful Saturday for the event. We live in such a great community! ... See MoreSee Less

Tough race, but the doughnut was worth it.

By all means, still follow the clues! And yes, we'll make sure something is there for you to find!

Can we still try to follow the clues? Will there e some marker to say we’ve gotten there?

Remaining clues: The egg you’ve been hunting, where could it be? On a bridge, or a sign, or a rock, or a tree? Stay on public property my dear girls and boys Though earplugs might help, to drown out the noise.

On top of the egg is a big noisy beast It groans and complains, when you touch it at least. Sometimes though, it sits, quiet, calm as can be Sometimes it’s cranky, but it wouldn’t hurt a flea.

It likes where it sits, this beast in K-town and doesn’t mind a bit when folks come around Just one little push is all that’s required It was born in 99 and it just a bit tired.

You won’t have to move it or struggle or plead Just come face to face with it, down on your knees You won’t have to barter, cry, scream or beg Just tickle its belly and you’ll find the egg!

It's not too late to sign up for tomorrow's .5K Dash for Donuts! The "race" is 1640 feet and starts at the library at 11 am. Entry fee is $10 per person or $35 for a family of 4 or more and all proceeds support the Vermont Fairy Tale Festival. The Vikings will be back to cause all sorts of chaos and will do their best to relieve you of your donut! Will you make it to the finish with donut in hand? First aid table and water also available for anyone who might need a boost to the finish! Stop in 30 minutes ahead of the start to register! ... See MoreSee Less

Scavenger Hunt Clue #5: Find it and things will suddenly get hotter For dragons hide eggs very close to the water.

The rest of the clues will be handed out to folks who stop by the library tomorrow morning when we open at 9am. I will post the remaining clues just before the .5 Dash for Donuts begins at 11am. ... See MoreSee Less

Clue #4: You’ll need to know the two oldest buildings in town Between them is a road you’ll want to go down. ... See MoreSee Less

Clue #3
Turn west to the ship that appears in the sky So far clues have been easy, not clever or sly. Shakespeare I’m not, nor as good as the bard, but the clues, my dears, are about to get hard. ... See MoreSee Less

The Great Vermont Dragon Egg Hunt Clue #2: The road winds and climbs as you enjoy the sights, pass palms on your left, a Brook on your right. Turn toward the sunrise (you’ll know when you’re there) and do be careful, you’ll be passing a Bear. ... See MoreSee Less

The Great Vermont Dragon Egg Hunt starts today in Killington! Here are the first clues:
Welcome to the game, the hunt is on! Can you find the egg before the egg is gone? Only look on public ground That’s the only place it will be found.

To Access the hunt, start at the sign Slowly & steadily begin your climb. Look one way, and then the other You won’t find the egg till you pass its mother! ... See MoreSee Less

The Great Vermont Dragon Egg Hunt starts on Monday! If you'd like the clues ahead of everyone else, come down to the library and get your Official Dragon Hunter badge and bracelet and we'll hand you the first four clues! For those who want to follow along, clues will be posted everyday on Facebook and on our website until the egg is found! ... See MoreSee Less